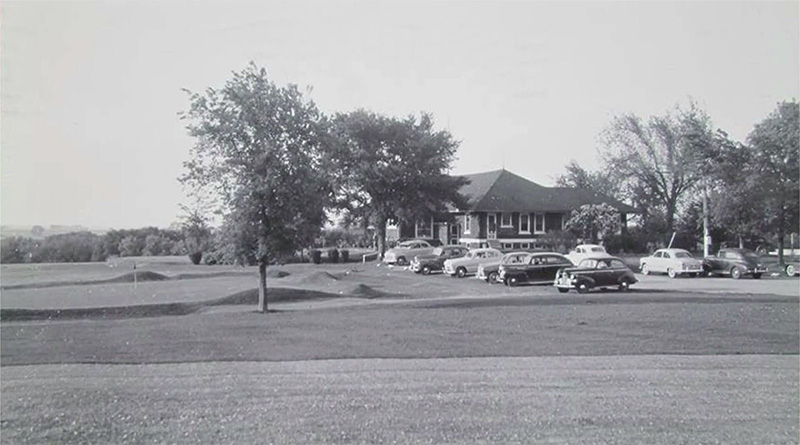 The history of golf in Spencer dates back to just after the turn of the century. It was 1906, to be exact. That was the year that a few Spencer men needy of a course decided to mark one-off in an area near where the Clay County Fair now stands. The course acted as sort of a rough draft of things to come. Played in a sheep pasture, the original site of Spencer golf was a rugged reminder that there had to be something better. So in 1919, a group of community leaders proposed the building of a golf and country club as a site for recreation and community social functions. As stated in the 1957 Northwest Amateur Golf Tournament program, the club “was started when a group of Spencerites got tired of sharing their course with the sheep.” 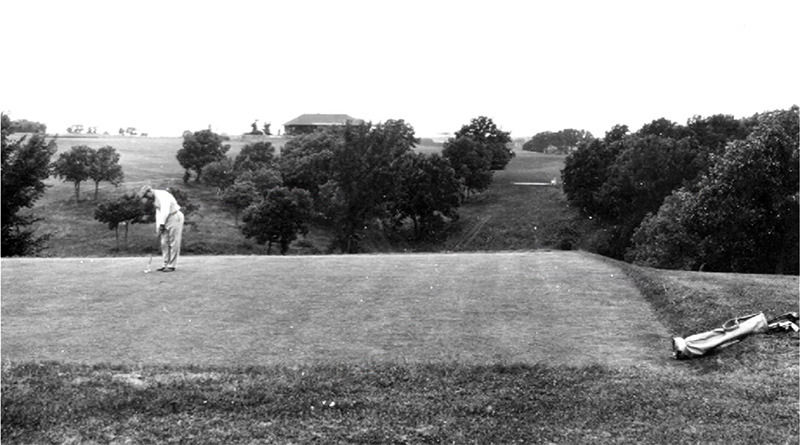 The Spencer Golf and Country Club was incorporated in June of 1919. The site of the new course and country club was on the southeast edge of Spencer where the present-day St. Luke Lutheran Home and Del’s Garden Center is located. To get things started, 150 people bought $100 shares of stock, and club officials took an option on 320 acres of land. The land was sold to Roy Pullen and Jim Burrington for $278 per acre with an agreement to buy back 45 acres of rough land to the north for $100 per acre. To make a long story short, Spencer had itself a golf course. The membership totaled around 150 people, to begin with, but that rose to 200 members in a relatively short time. On the original board in 1919 was Walter H. Thomas, who was one of the original founders of the Northwest Amateur Tournament. John Cory, Jr., headed the grounds and greens committee and is generally credited with laying out the course. With the course underway, the next step was the build a clubhouse. 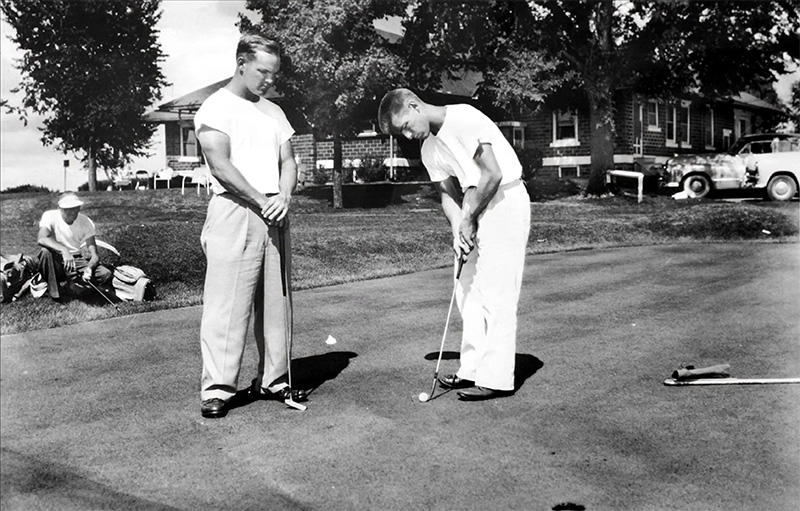 Construction began in 1920. The original clubhouse stood for 21 years before being destroyed by a fire in 1961. “That flame was about 100 or 200 feet high,” said Tom Thomas, Walt Thomas’ son. Although temporary facilities were erected to accommodate the club’s members, the fire essentially represented the end of the old course. With the fire and lack of a decent water supply, the country club board decided it was time to sell the course and look for a new location. Tom Thomas was on that board. “The first thought was to expand the course and try to buy new ground, but the water supply was so bad, anyway,” he said. “It was a big argument to move that deal. The old-timers didn¹t want to move. Even dad (Walt Thomas) was against it. Having confronted so much resistance for their decision to move, Tom Thomas and the rest of the board resigned their positions. “They thought they should have other people calling the shots,” Thomas said. But in the end, the move finally took place.

In 1963, the old golf course was sold to Lutheran Churches of Northwest Iowa. The land was handed over in the fall of 1964, at which time the club moved to its current location. The current layout was designed by Golf Course Architect David Gill, who resided in St. Charles, Illinois, a suburb of Chicago. The new site included 169 acres of land, not very far from where the original site from 58 years before lay. “We have a wonderful water supply out there,” Thomas said. “It worked out real well. Once we got moved, everybody was very happy.”

If you aren’t already, consider becoming a member to help build another 100 years of history.